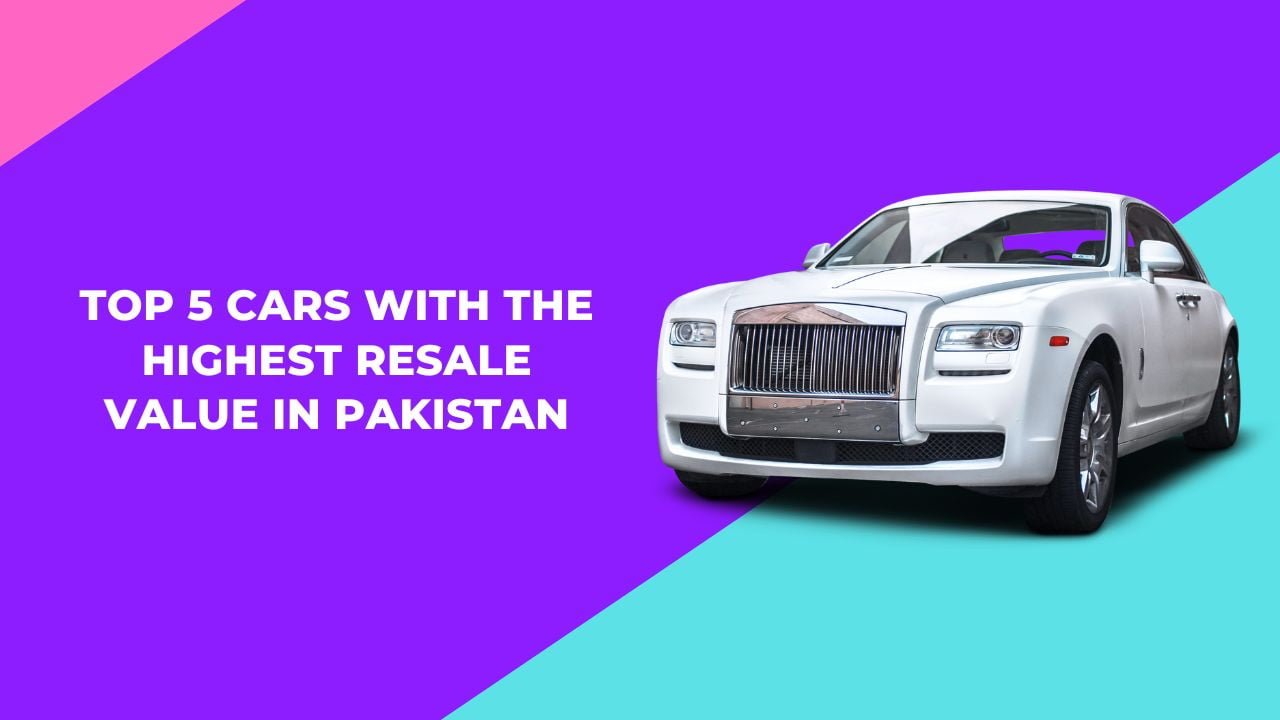 Brand new car or a used car? The thought every prospective car owner goes through while going through the process of purchasing an automobile. Before you drive your shiny new vehicle off into the sunset, basic knowledge of price depreciation and what it can mean for your vehicle in the long term is quite integral. Now and again, the value drop is so abrupt that many people struggle to manage it. For instance, if you buy a vehicle from the showroom, its resale value drops by 10% when it moves out from the door.

The monetary circumstances of the country directly influence the resale worth of the vehicle. However, there have been a couple of vehicles that have endured the economy and devaluation and still offer an extraordinary resale. Therefore, you must always buy a vehicle with decent resale esteem, to boost the exchange sum.

It is an undeniable fact that second-hand vehicles have secured a large share of the auto market in Pakistan. Due to higher duties imposed on brand new vehicles, the market is regularly made up of overly priced basic versions which makes it pretty much difficult for vehicle buyers to afford them. Consequently, the auto market consisting of used cars for sale in Pakistan is booming Pakistan, which makes it easy to select vehicles at the same price with a myriad of advanced features.

There are various used cars for sale in Pakistan that circulate in the car ecosystem regularly due to numerous factors. The vehicles which are famous for their resale value since time immemorial are listed below:

No one is unaware of the resale value of the Toyota Corolla in Pakistan, whether it is a 1996 model or a new 2021 model. Among these cars for sale in Pakistan, Toyota Corolla is considered the leader of the market for a divergent array of factors. The main reason for this is the reliability of the Japanese manufacturer that has been the voice of the public when buying a new car.

According to the 2018-19 report, Toyota Corolla has been among the top sellers by selling 56900 units in a year and increasing figures every year. For instance, if you own a Toyota corolla, and you list an ad on any car selling platform with the title ‘used car for sale in Pakistan’, Corolla is the most sold and bought.

It has euro technology with a recorded fuel efficiency of 20+ km/litre. Moreover, Mehran’s parts are available at every local workshop, making it easy for the buyer to purchase and afford parts at a very nominal and affordable price. In 2020, SUZUKI recorded the highest sale of Mehran with 43,600 units in the fiscal year 2019-20.

Suzuki, being the market leader after Toyota has secured a very strong resale value of 800cc and 1000cc. No other competitor has given a tough time to Suzuki’s automobile market. An alternative to Suzuki Alto 1000cc by launching Suzuki Wagon proved to be a milestone achievement for Suzuki.

This gem was launched in 2014. But this car got booming sales with the launch of a couple of ride-hailing services like Uber and Careem in 2017-2018. Thus, A large number of units were booked via banks and other financing institutes.

The main reason for its high resale price includes spacious legroom, seating capacity, increased trunk space, chilled air conditioning system, auto, and manual variants, and the most significant i.e. fuel efficiency. Suzuki has positioned and marketed its brands extremely well according to the Pakistani automobile market and its purchaser mindset, which distinguishes it from its competitors.

The best resale value of the Honda family is offered by the 1300CC Honda City in the Pakistani automobile market. Since Civic is ranked in the luxurious class, Honda City is considered to be an economical family car with a better fuel average and antilock braking system. Honda has been able to maintain its value by launching new variants such as Honda City Aspire with 1.3 and 1.5 options.

Since new variants and new models of the upcoming vehicles are out of range, people consider this a good option for their daily use. The average price of a 5 to 7-year-old Honda city costs around 18-19 lakh rupees, which is a very good quotation in these days of severe inflation.

Suzuki Pakistan launched the all-new Alto in 2019 June. It was considered to be a replacement for Suzuki Mehran after its timely discontinuation. It came with three variants VX, VXR, and VXL.

These days, Alto is considered as the third best reselling vehicle with the Pakistani variant with a 650cc engine, providing people with specifications of a 1000cc at an affordable price. At an average per annum, 2020-21, almost 65000 units of Suzuki Alto have been transacted through various means.

If you are someone who is in the market for his first car and looking for a used car for sale in Pakistan with moderately good features, Alto is the best option.

If you are on the hunt for a good used car for sale in Pakistan. Every single buyer who is browsing options to purchase a vehicle needs to consider these 5 hottest selling items of the Pakistani auto market before opting for any other option.

The resale of these vehicles has been constant for more than three years, providing it with a stronghold, amidst the covid wave. Toyota Corolla and Honda City are 1300CC sedans that have controlled the market for more than a decade now. No other new entrant has penetrated so well to break their monopoly. Therefore, if you want a high-end car, these are good options. However, if you want cost-efficient options, Suzuki, Alto, and WagonR are still thriving.

Top 5 Cars with the Highest Resale Value in Pakistan

Brand new car or a used car? The thought every prospective car owner goes through while going through the process…

How to Buy Honda CG 125 on Installment in Pakistan Online

Honda 125 is widely bought and sold in Pakistan. Its demand is very high in Pakistan and it cannot be…